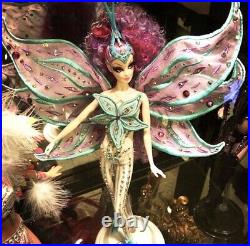 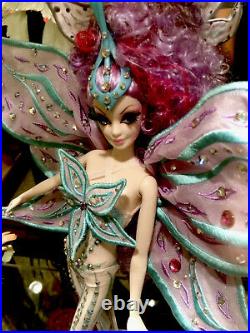 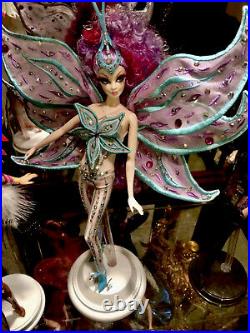 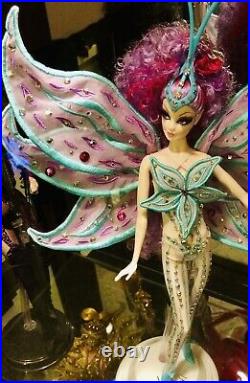 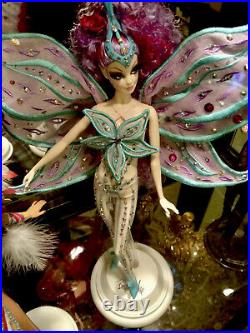 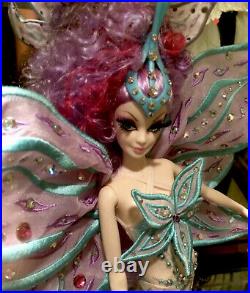 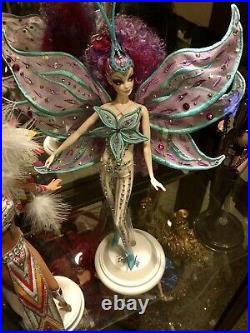 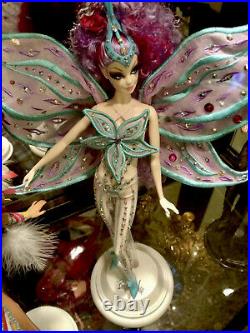 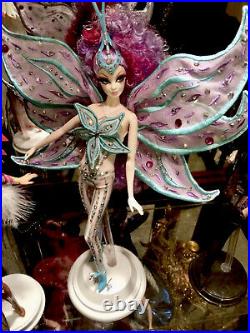 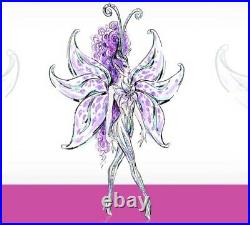 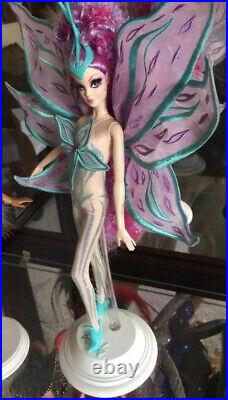 Ive lowered her price by 1k, also taking more offers. A ONCE in a lifetime opportunity to own a BOB MACKIE OOAK PROTOTYPE BARBIE. Thank you for looking at this ONE OF A KIND sparkling Mackie creation Swarovski covered Princess Stargazer Barbie!

Bob Mackies last Barbie doll to date and very likely his last. Bob Mackies Princess Stargazer Barbie Doll PROTOTYPE developed in late 2011 early 2012, for a 2013 launch. Grab this whilst you can my fellow collectors as she is the only one in existence.

This ONE-OF-A-KIND Bob Mackie prototype and his final doll to date was 2013s Princess Stargazer. In her intended Swarovski covered look that was Bobs original vision(look at his sketch within the photos of this listing) On his sketch you can easily make out the the Swarovski sparkles on her Lily wings and body suit which the production doll is sadly did not have. During that period not only did I assist him for several design projects and Qvc/Collections/Celebrity fittings and of course Barbies!

It was always a treat when we got to work on the Barbies. BOB knew I collected Barbie dolls especially his dolls and he let me keep this one for my bday. At this point I had moved on in my career but Bob would always call me back for help on Barbie doll creations. I had the privilege to work on quite a few Barbies during that period. About this OOAK doll, whilst in development in late 2011 early 2012 we were not sure what the price point would be for Bobs final doll for Mattel. If you choose to add her to your collection she will be packed with kid gloves along with her original shoes and stand.

Please note this doll is a lot heavier than the production Stargazer Barbie. Not too much changed from the prototype version to the production doll except this one is covered with hundreds of Swarovskis of various sizes in aurora-borealis/diamond crystals and she weighs a lot more.

Most importantly she is what Bob intended for his last doll to look like and is a million times prettier than what came out. Its a shame in my opinion as this one is so much prettier. The last photo is of the production doll that collectors eventually received.

However, this proto up for sale is what Bob intended collectors to have as the crystals add so much more magic as Bob would say to her. I have all the proof that I was Bob Mackies assistant designerpay stubs, photos of myself with Bob, his bday party invites, bday photos, bday/Christmas cards to me and myself working on Barbies actual costumes and much more. Please note in the coming months Ill be listing other Barbies a lot of Mackies(most given to me as gifts from Bobs personal collection, some signed some not). If their is something your looking for let me know as I have at least 4-8 of each Mackie including Chers. This was a VERY hard decision for me to put her up for sale.

HOWEVER, after nearly 20 years in the business its time to take the leap and start my own clothing collection, which is an expensive and risky feat. Instead of designing for other designers(without an ounce of credit-except Bob), manufactures and mall specialty stores. She was briefly displayed in my curio years ago after I received her from Bob then back in her packaging and into my climate controlled Barbie room. She comes from a smoke and pet free home.

If you have any questions at all please ask away as they will be happily answered. She comes with her stand, shoes, shipper, COA and production box. All reasonable offers will be considered. Ohh and sorry for babbling as I do get excited talking about my first boss and Barbies... The item "Bob Mackie ONE OF A KIND Princess Stargazer Barbie PROTOTYPESee Description" is in sale since Saturday, October 3, 2020.